Fish or Cut Bait?: The Answer Will Surprise You

For decades, people have used the expression “Fish or cut bait” to communicate that the time has come to either take action (fish) or get out of the way (cut bait).   The expression has recently taken on new meaning for us here in Columbus. 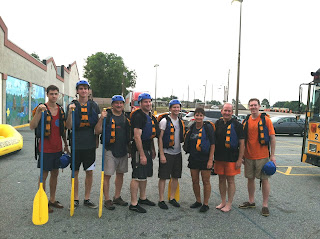 On Memorial Day weekend of this year, whitewater rafting officially opened on a two and a half mile stretch of the Chattahoochee beginning just south of the North Highland Dam, which was built in 1899-1902 by the Bibb Manufacturing Company to supply hydroelectric power to operate its textile mill in what became known as Bibb City, and ending just behind the Columbus Iron Works Convention and Trade Center in the shadow of the Dillingham Street Bridge.
﻿With its opening, this stretch of the Chattahoochee River has become the longest urban whitewater course in the world!  The economic power of the river has been transformed from that of hydroelectric power generation, supplying power to textile mills and other manufacturing sites, to the generation of opportunities for recreation and enjoyment of the river which has served the city of Columbus for its nearly two hundred years of existence.﻿﻿ 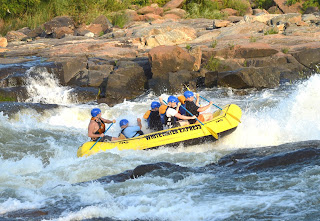 The addition of whitewater in Uptown Columbus has added energy and momentum to an area that has already been energized by the addition of a portion of the Columbus State University campus, along with students of art, music and theater who now call Uptown Columbus home. Although it took many people to make the whitewater course possible, John Turner was the driving force behind the project which will not only provide recreational opportunities, but will also help restore the river to a more natural state and help restore species of plants and fish that disappeared from the river because of its industrial use.

The signature rapid on the whitewater course is called “Cut Bait Rapid”, a class IV+ rapid.  The rapid ends rafters’ run with a bang, offering a thrill ride for the rafters, just before sending them into the river, while family, friends, and other onlookers watch from the rocks.  Cut Bait is for those who are more adventurous, and who want to fully experience whitewater rafting in Columbus.
﻿ 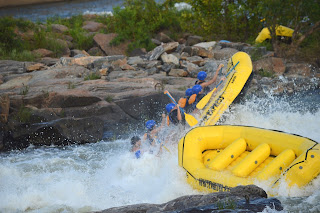 So now for us here in Columbus, the expression “Fish or Cut Bait” has taken on its new meaning.  If someone challenges you to either fish or cut bait, tell them you’ll “Cut Bait!”